Restoring the world’s forests on an unprecedented scale is “the best climate change solution available”, according to a new study. The researchers claim that covering 900m hectares of land – roughly the size of the continental US – with trees could store up to 205 billion tonnes of carbon, about two thirds of the carbon that humans have already put into the atmosphere.

While the best solution to climate change remains leaving fossil fuels in the ground, we will still need to suck carbon dioxide (CO₂) out of the atmosphere this century if we are to keep global warming below 1.5˚C. So the idea of reforesting much of the world isn’t as far-fetched as it sounds.

Since the dawn of agriculture, humans have cut down three trillion trees – about half the trees on Earth. Already 43 countries have pledged to restore 292m hectares of degraded land to forest worldwide. That’s an area ten times the size of the UK. But what the new study advocates is reforesting something like ten times that amount. 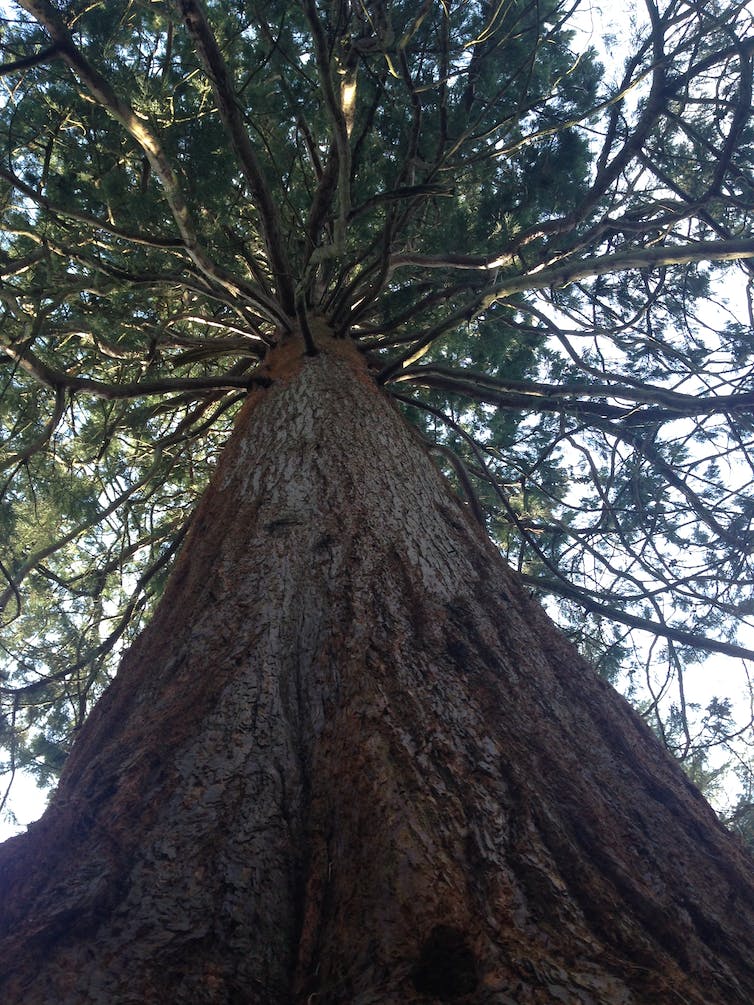 Trees absorb CO₂ from the air and store the carbon as bark and other tissue. Image: author provided.

Rewilding habitats and reforesting may be easier in the future as the world is already becoming a wilder place in many areas. This may seem a strange prediction, given that the global population will grow from 7.7 billion to 10 billion by 2050, but by then nearly 70 per cent of us will live in cities and have abandoned rural areas, making them ripe for restoration. In Europe already, 2.2m hectares of forest regrew per year between 2000-2015, and forest cover in Spain has increased from 8 per cent of the country’s territory in 1900 to 25 per cent today.

Massive reforestation isn’t a pipe dream and it can have real benefits for people. In the late 1990s, environmental deterioration in China became critical, with vast areas resembling the Dust Bowl of the American Midwest in the 1930s. Six bold programmes were introduced, targeting over 100m hectares of land for reforestation.

Grain for Green is the largest and best known of these. It reduced soil erosion and stabilised local rainfall patterns. The ongoing programme has also helped to alleviate poverty by making payments directly to farmers who set aside their land for reforestation.

Better yet, the new study suggests that bringing back 900m hectares of forest wouldn’t impact on our capacity to reserve land for growing food. This is certainly possible, and in line with other estimates. Reforestation may even result in production from farmland increasing, as was found in China when more stable rainfall and fertile soil followed the return of forests. 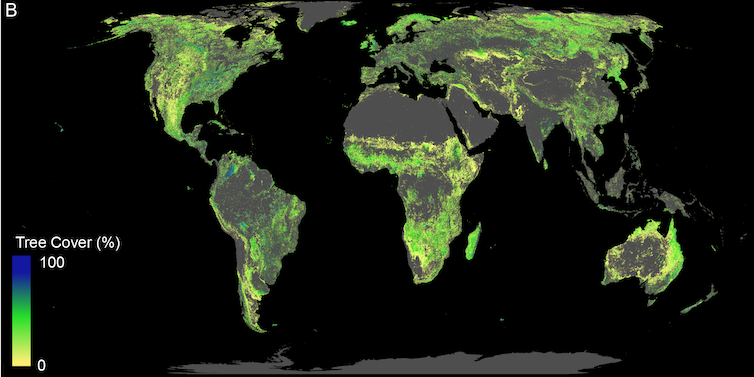 Where the billion hectares of forest could be planted – excluding desert, farmland and urban areas. Image: Crowther Lab/author provided.

How all of that new forest would look, alongside what’s already there. Image: Crowther Lab/author provided.

No solution without emission cuts

There should be more scepticism about how much CO₂ 900m hectares of new forest could store though. The paper insists on 205 billion tonnes of carbon, but this seems too high when compared to previous studies or climate models. The authors have forgotten the carbon that’s already stored in the vegetation and soil of degraded land that their new forests would replace. The amount of carbon that reforestation could lock up is the difference between the two.

Mature forests can store a lot of carbon, but this capacity is only reached after hundreds of years, not a couple of decades of new forest growth as assumed in this study. The most recent estimate from the IPCC suggests that new forests could store on average an extra 57 billion tonnes of carbon by the end of the century. This is still a huge number and could absorb about one sixth of the carbon that’s already in the atmosphere, but reforestation should be thought of as one solution to climate change among many. 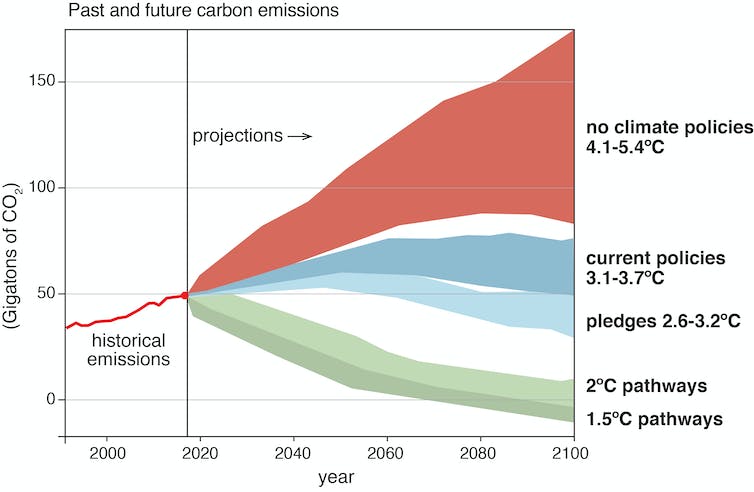 Even if warming is stabilised at 1.5˚C, the study indicates that one fifth of the land proposed for reforestation could be rendered too hot for growing new forests by 2050. But this concern ignores the role of carbon dioxide fertilisation – when there are higher levels of carbon dioxide in the atmosphere, photosynthesis is more efficient, meaning plants need less water and can still be productive at higher temperatures. Today, the most immediate threat to tropical forests is deforestation by people and the fires they light which get out of control, not the more subtle impacts of higher temperatures.

Reforesting an area the size of the US will have massive benefits on local environments and will store a huge amount of man-made carbon emissions. It is not, however, a substitute for reducing those carbon emissions.

Even if the world reduces its carbon emissions to zero by 2050, there will still need to be negative global carbon emissions for the rest of the century – drawing CO₂ out of the atmosphere to stabilise global warming at 1.5˚C. Reforestation is essential for creating negative emissions – not reducing the amount of carbon that humans are still emitting.

There is another sting in the tail. Massive reforestation only works if the world’s current forest cover is maintained and increasing. Deforestation of the Amazon rainforest – the world’s largest – has increased since Brazil’s new far-right president, Jair Bolsonaro, came to power. Current estimates suggest areas of rainforest the size of a football pitch are being cleared every single minute.

It won’t be easy, but society needs to protect the forests we’ve got, and protect new forests in perpetuity to permanently keep carbon sequestered in trees and out of the atmosphere.