When archaeologists discovered the intact skeletons of 15,000 free and enslaved Africans at a construction site in lower Manhattan in 1991, the federal government – which planned to build an office building on the site – conferred with African-American communities, scholars and activists. Together, they signed an agreement to halt construction, rebury the bodies and establish a national monument on the site.

Officials in Sugar Land, Texas, chose a different path in April 2018 when they found 95 graves beneath the construction site of a new school.

A judge issued approval to exhume the bodies and, on 10 June, archaeologists hired by the school district opened up the wooden coffins.

They contained the remains of black prison labourers forced to work on Texas’ sugar cane plantations from 1878 to 1911. This form of indentured servitude, called “convict-leasing,” was common across the American South after the Civil War.

School construction has continued during the excavation. The city of Sugar Land, which owns most of the land occupied by the burial ground, quickly decided that the exhumed bodies would be reburied elsewhere.

The contrast between these two cases is illustrative.

As an urban planning professor whose scholarship focuses on community development and historic preservation, I can attest that it is not that unusual to find unmarked black cemeteries in the South. After all, enslaved Africans comprised 35 per cent of the region’s population in 1860, according to census data.

Yet, too often, public discussion about how to handle these sensitive sites occurs only after graves have been disturbed.

My research on Texas’ black settlements and cemeteries suggests that such discoveries will only increase as its fast-growing cities expand into what was once rural land.

Texas was the last American state to officially end slavery, two and a half years after the Emancipation Proclamation. Soon, Texas was home to hundreds of freedom colonies, towns founded by landowning African-American families descended from enslaved people.

My Texas Freedom Colonies Project Atlas and Survey has found archival and ethnographic evidence that African-Americans established more than 557 freedom colonies throughout eastern and central Texas between 1865 and 1920. Fort Bend County, where the Sugar Land burial ground was discovered, is itself home to five freedom colonies.

Today, memories and stories, a few homesteads and a cemetery are all that remain of the once-prosperous Texas communities that insulated African-Americans from the racial terror that followed Emancipation and Reconstruction.

These are critical parts of U.S. history. But many freedom colonies’ cemeteries have already been paved over, bulldozed or hemmed in by development.

What the law requires

In theory, Texas law should protect these heritage sites.

By law, once a cemetery or grave site is found, the property owner must be notified and the finding recorded with the county clerk.

If the cemetery is more than 50 years old and abandoned, the Texas Historical Commission takes jurisdiction over the site. It must consult with the dead’s next of kin, and can require exhumation to be conducted noninvasively, using ground-penetrating radar.

The state does not, however, outline how or where unearthed remains should be reburied, nor require that community members be involved in that decision.

Federal law, which comes into play when a burial site may be eligible for inclusion on the National Register of Historic Places, is more robust.

In such cases, construction must be halted while officials determine if the newly discovered burial grounds qualify based on the historic significance of the dead, the events surrounding their death, the burial materials or their prehistoric value.

I believe work on the entire school project should have been paused the moment the bodies were discovered. The Sugar Land mass grave has clear historic relevance, both as an endangered place and a remnant of the horrific but little-known chapter of black history that followed emancipation and Reconstruction.

Sugar Land official complied with Texas law, but they did not recognise the site’s national significance as a graveyard of the former Imperial State Prison Farm.

So the National Historic Preservation Act – which requires local officials to consult with the state and other “interested parties,” including the descendants of prison labourers throughout Texas – was not triggered.

Texas is among the fastest-growing states in the country. With little to no regulatory constraints, suburban developments – many named after plantation owners – have proliferated in major metro areas.

My ancestors were enslaved and forcibly brought to this area of Texas in the 1830s. Since I was a child, relatives have shared stories of the black bodies buried beneath suburbs in Sugar Land and Missouri City.

Indeed, Sugar Land officials knew that they might discover an old cemetery on the site of the proposed school.

For decades, a local advocate, Reginald Moore, had told local officials that prison labourers were likely buried in the area. As a result, an archaeologist was already on hand when the graveyard was discovered. 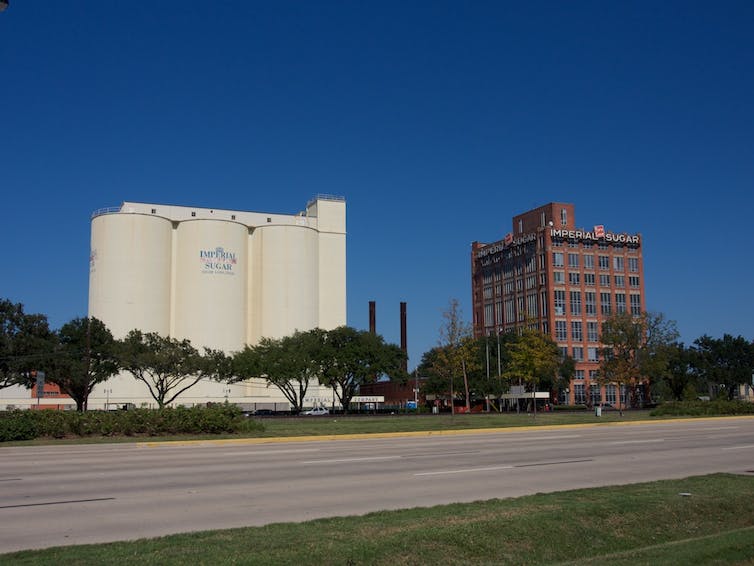 Exhumation occurred within days, without family members’ permission. News helicopters provided the public with aerial views of the bodies in wooden boxes.

Archaeologists determined that the dead had been black men, some as young as 14 years old. Their misshapen bones were a sign of repeated hard labour.

By July, images of handcuffs, chains and other artifacts buried with the bodies were being broadcast internationally.

The Southern convict-leasing system, which some historians consider have called “slavery by another name,” was laid bare for the world – and relatives of the dead – to see.

The sudden media visibility changed the dynamics on the grave site.

In the months since the discovery, Sugar Land has begun consulting with outside groups, including Moore and his Convict Leasing and labour Project, on the process of reinterment and memorialising the bodies.

Moore wants the remains reburied at the nearby Old Imperial Prison Farm Cemetery, which his group runs. He and others also say a museum should be dedicated to convict leasing. 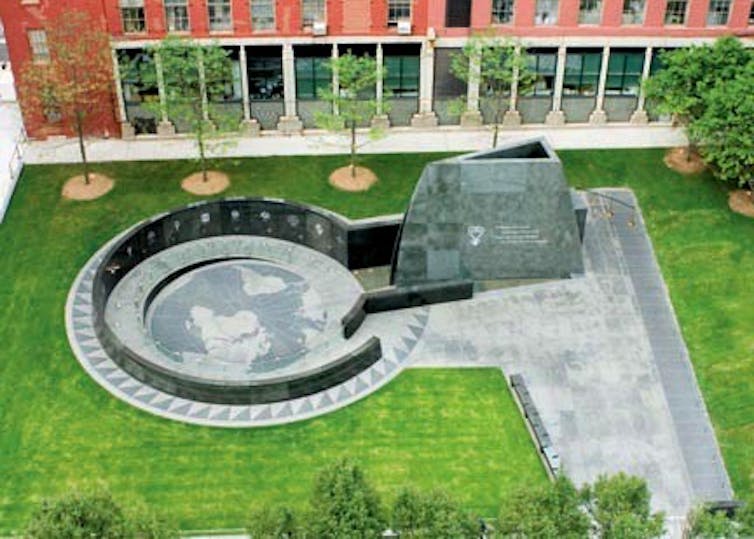 The African Burial Ground National Monument went up in New York in 2007, after an excavation discovered over 400 skeletons six years prior. Image: recreation.gov.

The Black United Front, a civil rights group, hopes that the remains will be DNA tested so that reparations may be paid to the descendants.

When Native American remains are discovered, federal law mandates a very specific and careful set of next steps.

No specific laws recognise the cultural and historic significance of African diaspora sites. That makes it much harder to protect black history.

Too often, African-American heritage sites like Sugar Land are simply paved over.

Of the 114 previously unmapped Texas freedom colonies my team has so far identified, for example, 21 are in high-risk locations near Texas’ fast-growing Dallas-Fort Worth, Houston, San Antonio or Austin metro areas.

State officials now have the opportunity to reach out to freedom colony descendants, historians and experts about appropriate protection of the sites before the inevitable development begins in the area.

Of course, Texas is not the only state facing this problem. And the law doesn’t have all the answers.

The United States was built with black labour. As its population inexorably expands, city planners must look beyond the law – to technology, cultural practice, community and history – to reconcile preservation with growth.