China’s decision last year to implement a ban on the import of 24 categories of recyclable materials, including many common plastics used in consumer goods, has shocked recycling systems across the world.

Surplus plastics in the United States and Western Europe appear destined for temporary storage facilities or local landfills in the short run, as trash haulers and municipalities consider changes to their recycling practices.

The fallout, including stockpiles of unrecycled trash, from these events brings to light some of the challenges associated with the global market for recyclable plastic.

Long-term solutions may include exporting plastic to India and other developing countries in Southeast Asia. To reduce the generation of plastic waste, European nations are considering new taxes on the consumption of plastic and increasing recycling content standards.

My own research suggests another opportunity widely practiced in Europe and Southeast Asia: incineration.

The global market for recyclable plastic operates like the better-known markets for commodities such as crude oil, gold and copper.

Prices paid for recyclable plastic fluctuate daily in response to changes in global supply and demand. Anyone interested in purchasing plastic need simply submit a bid in the spot market and await a response. After collecting our plastic bottles at the curb, our municipalities rarely interact directly with this market but instead sign long-term contracts with recycling companies.

China had been processing about one-half of the world’s exported recycled materials. Its ban represents a very sharp reduction in the global demand for some forms of plastic, which has decreased these prices. Such low prices should, in theory, deter some suppliers – like the companies that take on all of our recyclable plastic – from presenting the plastic to the market in the first place.

But household plastic recyclers are a little like dairy farmers – they don’t want to stop supplying even though prices might fall to ridiculously low levels. Our society has simply come to expect that our discarded plastic should be recycled, regardless of the price, to avoid it being sent to a landfill or incinerated.

Adding to this market rigidity are state laws that require municipalities to continue to collect our plastic bottles even when recycling companies don’t want to or can’t find anyone to take it. These factors result in a steady supply of plastic even in the lack of a price incentive to recycle it.

Having researched questions related to solid waste recycling and disposal for many years, I believe China’s recent actions provide an excellent opportunity to begin broad new policy discussions before finding another developing country willing to import it.

New taxes and recycled content standards can be considered. But if impure stockpiles of low-grade plastics indeed threaten the natural environment and human health in importing countries, as China has argued, or if shipping these materials across our oceans generates unwanted environmental signatures like islands of plastic, then perhaps it is the time to also (gulp) reconsider incineration. 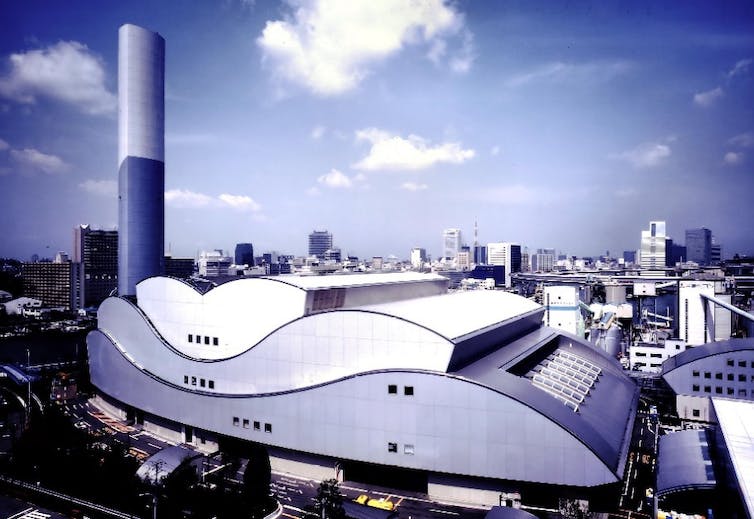 A modern waste incineration facility, such as this one in Minato City, Japan, can reduce dioxins by burning at high temperatures. There are 19 waste-to-energy plants in Tokyo. Image: Government of Japan.

I could see the “Cadillac plan” for keeping household plastic from landfills and our oceans as the modern incinerator. Americans have never really embraced incineration as an environmentally sound process. NIMBY groups and local politicians have recently opposed plans for new incineration facilities in New York City, Baltimore and Seattle.

The concern has been dioxins and other air pollutants. Dioxins were first detected in the fly ashes of incinerators in the late 1970s. At the time, pollution abatement technology at incinerators consisted solely of electrostatic precipitators – a relatively low-cost filtration technology designed to remove fine dust particles from air streams. But these didn’t work. Dioxins escaped, and releases of dioxins were found to be intensive when combustion temperatures fell between 200 and 600 degrees Celsius.

As these old incinerators finally ceased operations, the percentage of all waste incinerated in the United States has slowly decreased from 16 per cent in 1996 to 13 per cent in 2014. 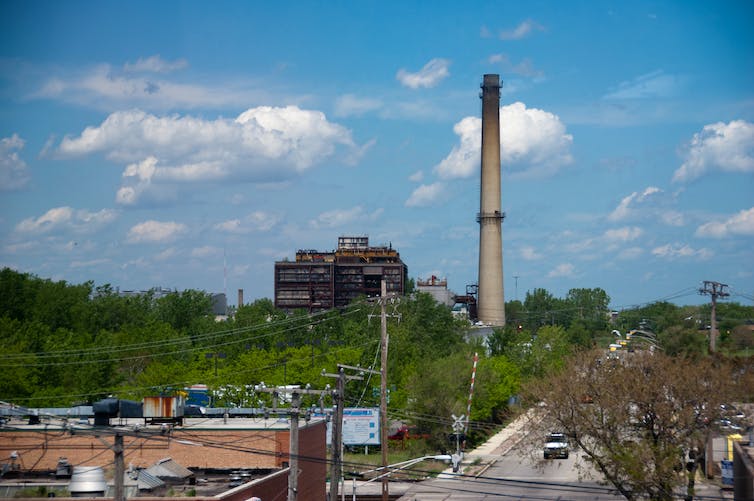 Many incineration plants, like this one closed one in Chicago, have fallen out of favor in the U.S. over concerns with local air pollutants. Image: Eric Allix Rogers/creative commons.

Modern incinerators currently operating in Europe and Asia employ technologies to sharply reduce dioxins. Furnace temperatures have been raised to levels above 850°C, and methods have been developed to better trap fly ash, better clean the boilers and remove dust. Abatement technology has also been added to reduce nitric oxides and other airborne pollutants. Periods of incinerator startup and shutdown, when furnace temperatures pass the dangerous 200°C to 600°C threshold, are minimised with steady supplies of waste.

As a result, dioxin emissions from incinerators with modern abatement technologies are currently near zero. Modern incinerators also include processes to generate electricity, heat water for district heating services, recycle the metals found in the ashes and build tiles from the remaining slag. Studies have found these incinerators can serve as carbon sinks if the energy they produce displaces coal.

Due to these advances and to European laws that deterred landfilling, incineration has been embraced across Northern Europe and Southeast Asia – pretty much everywhere except the United States.

Why landfills are winning

So why not in the United States?

One reason is the public’s distaste for incineration. Another is the high cost. The cost of operating an environmentally efficient incinerator is difficult to estimate, but is easily more expensive than that of an American landfill or expense associated with recycling – that’s why it’s the Cadillac plan.

Incineration costs are high due to the need to meet air pollution laws by treating post-combustion gases. The cost to incinerate one ton of waste in a modern incinerator can be as high as $300. The cost of landfilling a ton of waste in Texas is only $35 per ton. Garbage generators in Texas won’t be rushing to support incineration anytime soon. Based on my own research, the cost of recycling an average ton of material is somewhere between these two measures.

Incineration has certainly displaced landfilling in Europe and Southeast Asia, but has it also displaced recycling? Incinerators operate cleanest when at full capacity and are thus thirsty for material. That pile of plastic no longer wanted in China is looking pretty good to the hungry incinerator.

As incineration rates in OECD countries rise over a certain point, the rate of recycling starts to dip. Image: Thomas Kinnaman/author provided.

But once incineration rates rise above 40 per cent, recycling starts to fall. Maybe some plastic bottles, manufactured from petroleum and a great fuel source for the incinerator, were not going to China in 2014. Nobody wants to admit that modern incineration has been displacing recycling, but the data appear to support the notion.

Modern incineration is not cheap – expect to pay maybe three times the current cost for waste removal – but studies have shown the environmental signature, as measured by air pollutants, is falling to small or could potentially even have negative carbon emissions when combined with carbon capture.

West Palm Beach, Florida, installed one of these incinerators in June 2015, making it the first incinerator to begin operations in the United States in the past 20 years. Maybe this is a more responsible future than sending containers of Americans’ plastic across the ocean to Africa.