The news that a Valentine’s Day mural by world-renowned graffiti artist Banksy was “vandalised” attracted substantial media interest. The image of a girl firing red flowers from her catapult was defaced by spray paint within hours of appearing on a house wall in Bristol. News reports said measures would be taken to protect the artwork from further damage, but the incident has raised the question as to whether an unsolicited piece of street art can be vandalised.

“Vandalism” is not a legal term – in UK law, it equates to criminal damage and may amount to an offence under section 1 of the Criminal Damage Act 1971 if it were to be an intentional or reckless destruction or damage of property belonging to another.

The law does not, however, draw a clear distinction between great works of street art that have been thoughtfully applied and the casual tagging of a wall. In both cases, if permission has not been sought, then an offence may be committed regardless of the merit of the artwork in question. The Anti-social Behaviour Act 2003 defines graffiti as “the painting or writing on, or the soiling, marking or other defacing of, any property by whatever means” and graffiti artists may be subject to a fine or may be subject to prosecution under the Criminal Damage Act 1971 where more substantial damage has been done.

Several Banksy artworks have been removed or defaced. The Gorilla in a Pink Mask, one of Banksy’s first works on a Bristol social club, and his No Future mural on a Southampton wall were painted over – the first accidentally, and the second in an act of apparent vandalism. 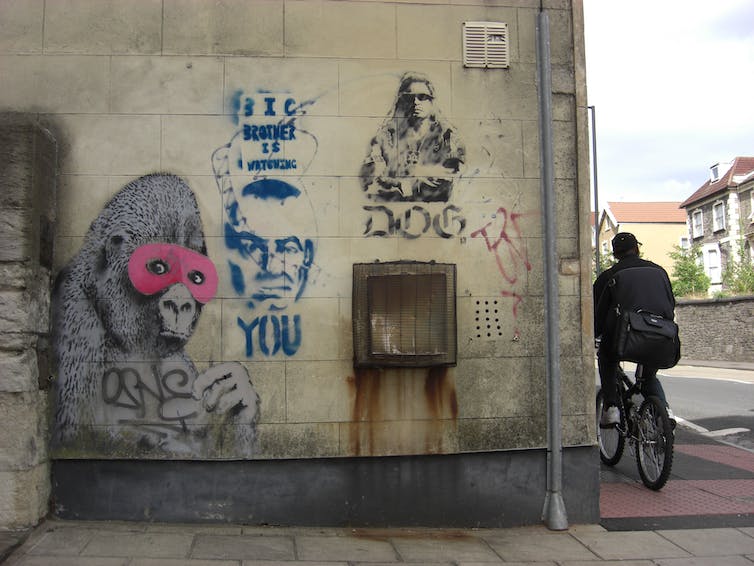 What amounts to damage to property is broadly construed and includes where that damage is both temporary and minor. For example, the courts have previously held that painting a pavement with water-soluble paints amounted to damaging the pavement despite the fact this could be easily removed. Damaging typically means property has been rendered unusable, a cost will be incurred in repairing the property, or the property has been otherwise been reduced in value.

Though we can normally assume that graffiti amounts to criminal damage, graffiti of artistic merit or monetary worth may instead enhance the value of that property. So much so that homeowners who had Banksy on the side of their home offered that mural for sale in 2007 “with a Victorian house attached”.

What of the defaced Valentine’s Day mural? We know that a Banksy street mural can be worth upwards of £400,000 and it is likely that Banksy is one of the few graffiti artists whose unsolicited works may not be subject to criminal prosecution (though, they still would amount to criminal damage in law).

Amused by the concept of graffiti being vandalised. #Banksy pic.twitter.com/VB4x8vZWXK

It is clear the homeowners were receptive to the Valentine’s mural, as they unsuccessfully attempted to protect it with a perspex sheet. One issue requiring clarification here is the actual “type” of property we are concerned with. The wall is part of a building and is therefore part of the land. With the addition of the artwork, the question becomes whether that wall has taken on a new “form”.

The damage inflicted by spray paint is a more clear-cut case of criminal damage – although whether this amounts to criminal damage of the Valentine’s mural or merely of the wall is a more difficult question. As the damaged “property” in question remains a wall – albeit a highly decorated one – it is likely the secondary graffiti amounted to criminal damage to a wall that had greatly increased in value.

Who owns the mural?

Where graffiti has been applied to the wall of a property, that physical piece of “art” belongs to the owners of the property, who may choose to lawfully remove it or to protect it. If the property is rented – as is reportedly the case for the Valentine’s mural – the graffiti becomes part of the fabric of that building and belongs to the property owner, not the tenants. Ownership of the intangible rights to the artwork (the copyright), however, will remain the property of Banksy as the artist.

Ownership rights have been a subject of dispute. In 2012 a Banksy mural entitled Slave Labour was painted on a property owned by Wood Green Investments to later be removed and offered for sale at auction. There was an outcry by local residents who considered it to be community property. Here, the law is once again clear. Regardless of the intentions of the artist – it is unlikely Banksy intended to gift an investment firm a mural – it clearly belonged to those owners of the property. 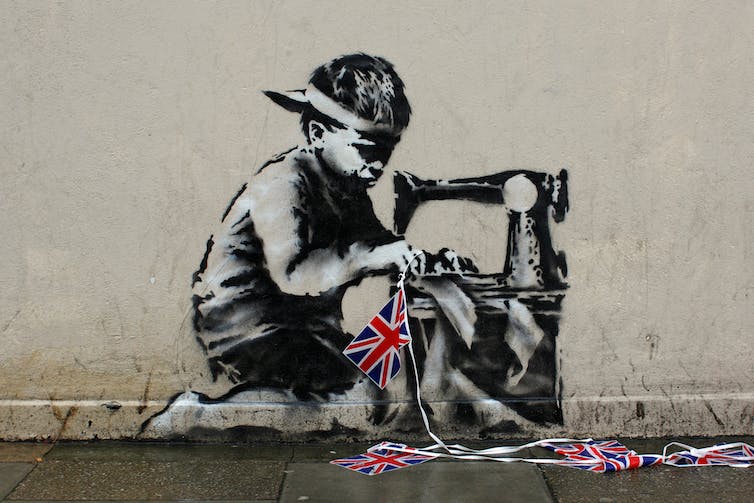 While it is questionable whether the Banksy artwork is capable of being damaged, given that it itself is criminal damage, it is certainly the case that the wall (which will have increased in value as a result of the artwork) will have been further damaged by the act of vandalism.

The question of ownership will remain hotly contested as more Banksy artworks appear and the nature of the property – whether it remains land or becomes personal and intellectual property – will continue to enthuse property lawyers for some time to come.